André is currently SVP and GM, North America at Esteé Lauder Companies. Prior to joining Esteé, Andre worked at a number of world class CPG companies.

At L’Oréal, he ran Digital and Ecommerce Operations for the USA. He also led some of the company’s most iconic luxury brands such as Viktor & Rolf Flowerbomb, Diesel, Stella McCartney, and Ralph Lauren. Some of his key accomplishments during his tenure at L’Oreal include increasing profitability of the Ralph Lauren franchise by sixfold and creating the most successful men’s fragrance launch in the country with Polo Red. He also successfully ran the Macy’s national sales team on behalf of Lancôme, a $400 million account.

André left L’Oréal to join The Nature’s Bounty Co., an entity previously owned by The Carlyle Group. As President of E-Commerce, he grew the international business nearly 3X, expanded the business successfully on Amazon and Jet, optimized supply chain, and implemented new marketing technology to drive more personalization and a better customer experience. Prior to his role as President, André was the CMO of the Consumer Packaged Goods division, a $2 billion entity. As part of the executive team, he successfully completed the sale of the company to KKR.

Before L’Oréal, André spent 8 years at Diageo where he oversaw some of the world’s leading spirit brands, including Cuervo tequila, Smirnoff vodka, Captain Morgan rum, and Johnnie Walker scotch whisky. In his final role at Diageo, he was the Global Marketing Head of the Diageo Reserve Portfolio, a $700 million collection of luxury spirits.

André began his post MBA career at Kraft Foods in the Post Cereals division. Prior to receiving his MBA, he worked as a CPA in audit for Deloitte & Touche. André holds a BA in Economics from the University of Maryland and an MBA from the University of Michigan Ross School of Business.
André lives in New York City with his children. The resilience and drive evident through his career can also be found in his personal life. He is a martial arts practitioner of Brazilian Jiu Jitsu and Muay Thai and an avid runner – he completed his first marathon in 2016. André also loves traveling, reading, film, and skiing. He is a Baltimore, MD native and often volunteers his time inspiring and motivating kids from disadvantaged backgrounds.
Speaking At
The Impact of BLM Movement on Marketing 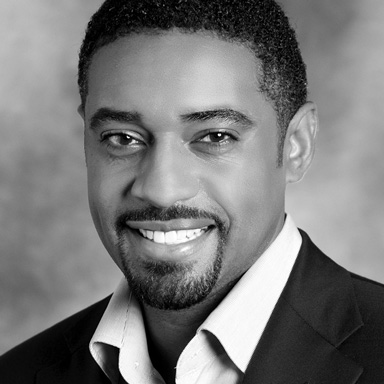