Full Name
Brian Collins
Job Title
CCO
Company
COLLINS
Speaker Bio
Brian Collins is Chief Creative Officer of COLLINS, an independent strategy and experience design company in San Francisco and New York City. In their work they aim to mix imagination, craft and technology to build brands that can’t be ignored. They were named by Forbes as one of the companies reshaping the future of brand building.

The firm has won every major creative award. Their work has been featured in The New York Times, Businessweek, Creativity, Fortune, NBC News, MSNBC, ABC News and Fast Company, which named Brian an American Master of Design. For ten years prior to the founding of COLLINS, Brian was Chief Creative Officer of the brand and innovation division of Ogilvy. COLLINS has been on Working Not Working’s annual list of companies "Creative People Want to Work For Next", along with Pixar, Tesla, Disney, Nike and NASA. COLLINS was the first design company to appear on the AdAge A-List and was awarded their Design Agency of the Year in 2019 and 2020. In July 2020, DesignWeek awarded the firm Best of Show for their creative partnership with Twitch.
Speaking At
How to Build a Diversity Pipeline Program 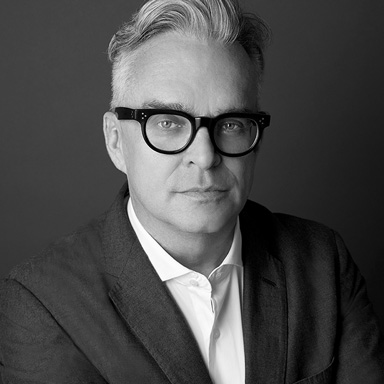