Full Name
Jeff Goodby
Job Title
Co-Chairman and Partner
Company
Goodby, Silverstein & Partners
Speaker Bio
Jeff grew up in Rhode Island and graduated from Harvard, where he wrote for the Harvard Lampoon. He worked as a newspaper reporter in Boston, and his illustrations have been published in TIME, Mother Jones and Harvard Magazine.

He began his advertising career at J. Walter Thompson and was lucky enough to meet the legendary Hal Riney, whom he still thinks of as his mentor, at Ogilvy & Mather. It was with Riney that Goodby learned his reverence for surprise, humor, craft and restraint.

He also met a guy named Rich Silverstein at Ogilvy & Mather. They founded GS&P in 1983. Since then, the two have won just about every advertising award imaginable.

And yes, Jeff was the guy who originally wrote “got milk?”

He is also a director, and two of his commercials were selected to be among the top 30 advertising films of the 1990s by The One Club.

In 2006 he was inducted into the Advertising Hall of Fame and in 2019 he and Rich received the Cannes Lion of St. Mark Lifetime Achievement Award.

He continues to believe that his success is a happy confluence of his mother, a painter; his father, a Wharton graduate; and his family, a constant reminder of irony and humility.

Jeff lives in Oakland, California, with his family, a dog, a cat, a rabbit, three horses and probably some other things he doesn’t know about.
Speaking At
Reflection: 10 Years of WAATBP 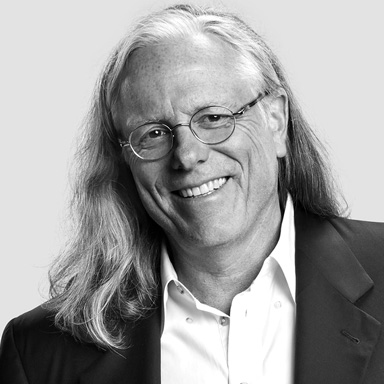