Full Name
Nate Nichols
Job Title
Creative Director and Founder
Company
Palette Group / Allyship & Action
Speaker Bio
Nate Nichols is the Founder and Creative Director of creative agency Palette Group. Leading strategy and execution for brands including Foot Locker, PUMA, Netflix, Bill and Melinda Gate Foundation, Billboard, Aperol Spritz, Nate is committed to being a champion for diversity and inclusion in the advertising and creative industries. Using his experience to drive change, Nate co-founded Allyship & Action, a virtual summit series rooted in reversing systemic racism and discrimination in advertising to ensure that unheard voices have an opportunity to control their own narratives.

A self prescribed creative since the age of 16, Nate’s journey into creative entrepreneurship started at an early age. After graduating from college in the heart of Philadelphia, Nate started his career in 2012 at The Agency Inside Harte- Hanks. As a member of the social strategy team, and visionary behind the Hyundai Veloster’s Launch Campaign, Nate built a six figure portfolio complete with digital assets, content and media marketing in less than a year.
After two years of navigating through the nuisances of corporate America, Nate felt inspired to create a space for other creatives, like himself, to flourish.

Founded with the intention of representing all the ranges and shades of creative culture, Nate founded Palette Group. Focused on advertising that intentionally encapsulates the culture, the Palette Group is a creative agency that specializes in creative content, production, and photo and media experiences, on and offline, both on a domestic and international level. The agency has built a successful roster working with Fortune 500 and 100 brands including Foot Locker, PUMA, Netflix, Bill and Melinda Gate Foundation, Billboard, Aperol Spritz. The team has also built projects with start-ups such as SAXX Underwear, Cora Women, and Ten Percent Happier.

Dedicated to developing a body of work that illustrates a company's values, Nate superpower is branding that makes people feel things through words. His love of words has allowed him to share his voice at speaking engagements such as, Allyship & Action, SXSW- The Next Generation of DEI Culture, The CLIO Awards and The 614 Group. Nate also appeared on the panel for the Network for Executive Women. Nate is also the recipient of several major awards including; Adweek’s 2020 Young Influentials, MAIP 2021 Industry Changemaker Award, The 2022 Once Club Bronze Pencil for Original Music/Song.

Understanding the need to bridge the gap between creatives and the rest of society during the pandemic, Nate, along with his life partner Steffi, started the Freelance Cyber Summit. The summit was a transparent and open platform dedicated to having difficult conversations about race, diversity and equity. With over 2500 voices contributing to the conversation, the summit took a shift in and birthed Allyship & Action, a virtual summit series rooted in reversing systemic racism and discrimination in advertising. Committed to being a platform for fearless engagement with the creative community, Allyship & Action is ensuring that unheard voices have an opportunity to control their own narratives.


The perfect combination, Steffi and Nate have designed a collective space for people to show up as their authentic selves, connecting creatives to their passion projects on a global scale.

Walking in dignity, grounded in authenticity, and taking risks. Nate Nichols is a true influencer of the culture.
Speaking At
In-Person | Have You Checked on Your 2020 Initiatives? 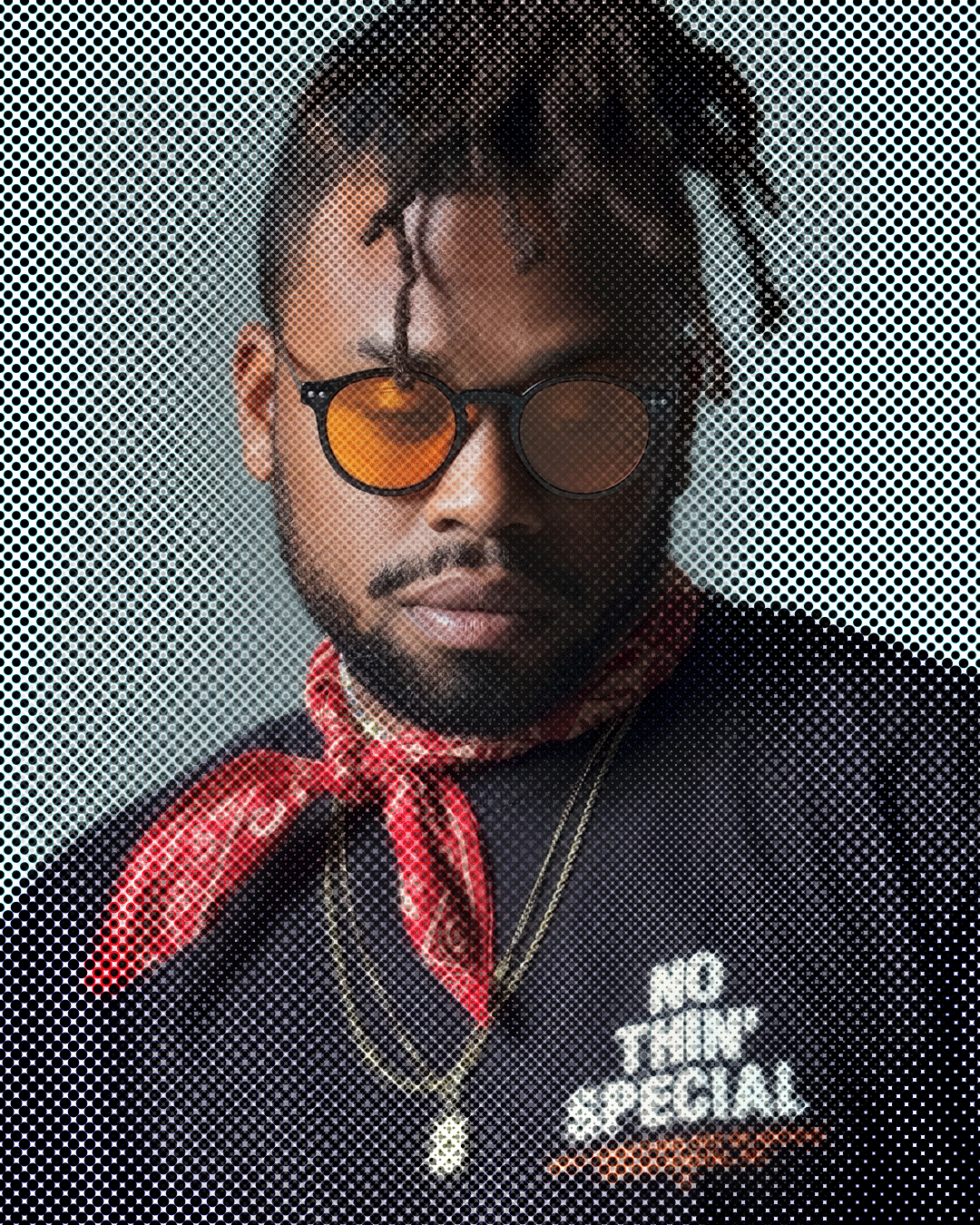