Full Name
Michael Refuerzo
Job Title
Global Head of Production
Company
Beats by Dre/Apple Inc.
Speaker Bio
With over 20 years of production experience across multiple disciplines, Michael has created some of the most iconic and effective work for some of the world’s most loved brands. He has been a creative production leader for 15+ years. Michael has been awarded and recognized globally by every major awards organization in his field including; The One Show, AdColor, Clio’s, D&AD and Cannes Lions.

His career began at Apple in 2001; the year where Apple launched the first iPod. After producing global campaigns that met the noble expectations of the brand, he went on to oversee the global production for all Apple campaigns from 2005-2016. This included the launch of iMovie, iPhoto, iTunes, iPod, iPad, Apple Music and the well renowned iPhone. His work, along with his colleagues, at Media Arts Lab developed Apple’s visual language and brand identity that we all know today.   Michael's work for Apple was recognized by Beats by Dre, which led him to join the team as the Global Head of Production for the brand. He currently oversees the integrated production approach and creative execution for all Beats campaigns, channel delivery, and Digital / Social Content.
Speaking At
In Perfect Harmony: How Brands and Agencies Can Collaborate to Create Conscious Content 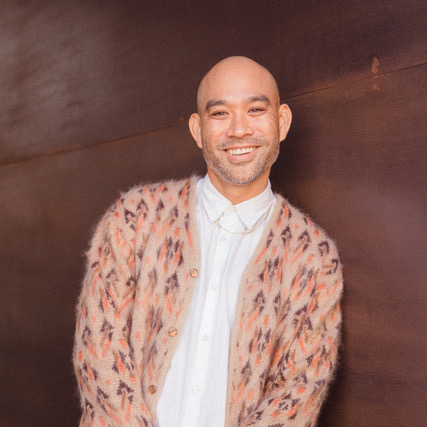