Full Name
Christena Pyle
Job Title
Chief Equity Officer
Company
dentsu Americas
Speaker Bio
Christena Pyle is Chief Equity Officer of dentsu Americas. She has been a driving force in creating diversity and battling gender inequality in creative industries, most recently as Executive Director, Advertising at TIME’S UP. In this role, she drove cross-industry impact beyond advertising and marketing, spearheading the development of TIME'S UP's Guide to Equity and Inclusion During Crisis, which was lauded in Fast Company as “guidance disrupting leadership’s reaction to crisis.”

Prior to joining TIME’S UP, Christena was Omnicom Group's Director of Diversity and Inclusion, responsible for accelerating diversity, equity, and inclusion outcomes for underrepresented communities across the global network and carrying forward the company's cultural vision: becoming an example of sustainable diversity and inclusion for corporations worldwide.

In addition to her role at Omnicom, Christena pushed to expand and deepen the conversation around inclusion in her role as Director of ADCOLOR, where she helped to launch the ADCOLOR Conference, ADCOLOR Awards, and ADCOLOR Futures programs, all of which spotlight the importance of diversity and community in the creative and tech industries. Through these efforts, along with her involvement in organizations like the 4A’s MAIP and Ad Club of New York as well as speaking engagements at Cannes, Advertising Week, Ad Age, and 3% Conference, she has been deeply involved in shaping the direction creative industries have now adopted around inclusion.

Over the course of her career, Christena has received numerous awards and recognition for her leadership, activism, and diversity efforts. She was recently named to the Black List 100 and was presented The AD Club of New York Icons, Rockstar & Innovators Award. Christena was named to Adweek’s 2019 Women Trailblazers list, which celebrates women who are breaking down barriers and opening up opportunities for others and received the first-ever Advertising Week "Future Is Female" Award for her proven achievements, demonstrated ability to effect organizational change, commitment to external impact, and capacity to mentor others. Christena was also listed as Adweek’s 2018 Young Influentials, which celebrates media, marketing, and tech talents innovating from AR to Activism, Data to Diversity.

Christena’s passion, optimism, and drive to inspire change propel her tireless work to improve creative industries by making it safer, more welcoming, and equitable to people of all kinds — and ultimately, more successful. She is most proud of running all 26.2 miles of the 2019 New York City Marathon alongside her partner and on behalf of the TIME’S UP Foundation.
Speaking At
Innovative Leadership 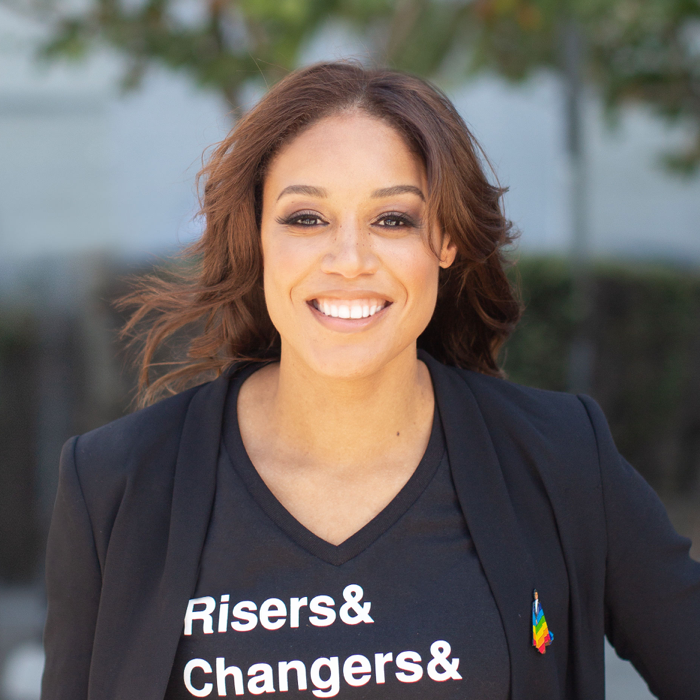